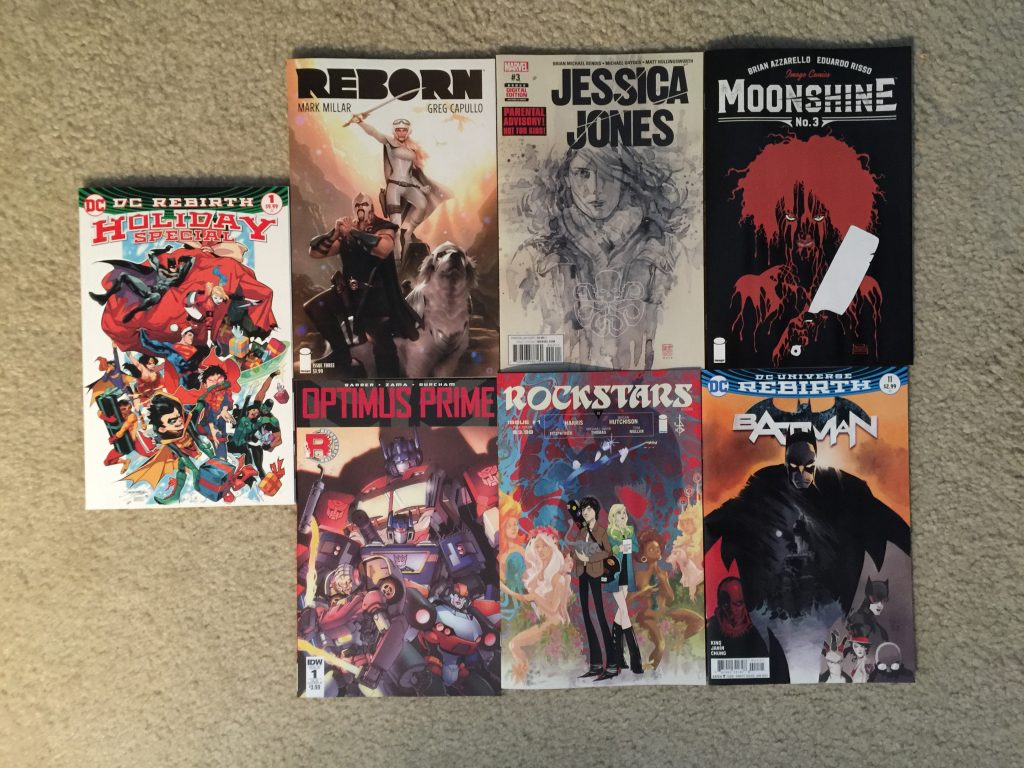 Another week another trip to the comic store. I can’t wait to dive into Reborn, Jessica Jones and Moonshine this week. I can’t decide which to read first. I grabbed Rockstars simply because I’m a sucker for Image number one’s. I’m just hoping to get in on the ground running with the next Walking Dead or Saga. Unfortunatly there hasn’t been anything great lately. Mayday, Motor Crush and Violent Love were some recents image number one’s that all fell short. Violent Love sounded promising, a Bonie and Clyde type of story that had some cool art but was it was a let down. I am always on the lookout for a good Christmas comic too. People watch the same Christmas specials and movies each year, but there aren’t many great Christmas comics that you want to revisit each year. DC Rebirths Holiday Speicial, isn’t one of them, although the flash story was ok.  I had to try it out thought. I also grabbed Optimus Prime for my son, it looks good, I’ll be checking it out but it will be hard to top “More Than Meets the Eye” for me. That was just just a fun story. I picked up handful of dollar bin X-men books to fills some gaps and a stack of older IDW Transformers to give Logan for Christmas! Until next week!

One of these days my Bio will go here.